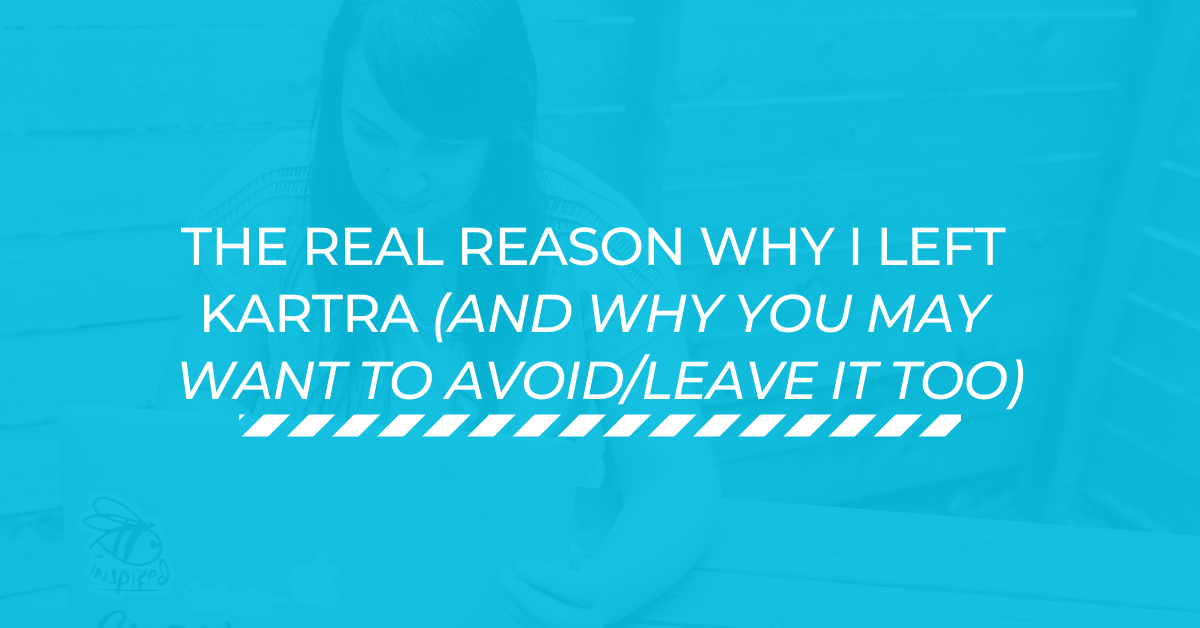 NOTE: As a result of this experience, I have created “Companies Committed/Not Committed to Black Lives Matter for Online Business Owners” (will open a Google Spreadsheet, no opt-in required) to help those who want to look more into the tools they use as well.

I believe that, as business owners, we have the power to create massive change with the revenue we generate.

And, because of this, it is our collective responsibility to earn more in order to change more.

For me, this change shows up in three key ways:

1. The ability to vote with our dollars: When we earn more, we no longer need to compromise our personal morals for the sake of “the lowest rate.” Instead, you can easily support businesses who you want to see rise.

2. The ability to give: When we earn more we can give more to the organizations that are on the front lines of change in this world. If it’s a set percentage each month, that overall number increases as your revenue does.

3. The ability to support others: When we earn more, we can provide more jobs as we expand our teams. We also can support those closest to us, in their times of need, without having to question your own finances.

These beliefs have been why I have been so unapologetic about money being a driving force for me.

The more I earn, the more change I can help co-create in the world.

These beliefs began to get even louder this past May.

As the killing of George Floyd, at the hands of the Minneapolis police, went mainstream and kicked off protests around the country, I found myself becoming incredibly aware of just how much work we still have to do as a society.

I also realized, as Rachel Rodgers so perfectly said on this video, that this is the time where unequivocal is the only way.

Silence and tolerance is no longer acceptable. Especially because both are part of what got us to this point in the first place.

Ignoring the snide comment from an uncle not to “make it awkward.”
Scrolling by a post on social media because you don’t want to call out a friend and make them “feel bad.”
Avoiding uncomfortable conversations because it’s easier to stay with the status quo.
Not speaking up because you’re more afraid of “getting it wrong” than learning and evolving.

It all adds up.

And I committed to doing (much) better at that point.

“What is My Money Supporting?”

As I watched statements come out from companies like Target and Ben and Jerry’s, I was proud to know they are two places we support with our dollars.

Which then led to another thought. What about the tools we use in business everyday and pay monthly/yearly subscriptions for? Do they align with my beliefs?

In the past, I’ve chosen tools, platforms and systems for my business based solely on our needs at the time.

However, this time opened my eyes to the fact that this area deserved attention too.

We need unequivocal right now, and nothing less.

Reaching Out to Kartra for Answers

One of the platforms we use(d) is an all in one, named Kartra.

Since it’s an all in one, a majority of our business runs through it (emails, landing pages, courses, funnels, etc.) so it felt like a logical place to start.

I took a look at their Instagram and found no official statement or mention of Black Lives Matter.

Here’s a screenshot of posts from June 1st – June 12th:

I began clicking into the posts and found that a few people left comments asking about their stance on Black Lives Matter and/or that it’s insensitive to be talking about unlimited email at this time.

One of the comments was from someone I was in a program with before so I responded that I was going to send a ticket to customer service to see if we could get an answer because I was looking for the same.

I then sent this support ticket to their team:

As they typically take 24-48 hours, I decided I would wait until I got alerted to a response and moved along with what I was working on.

A week later, I realized that I had never heard back so I sent a follow up message:

I then decided to check the post on Instagram from the week prior, where people were asking for their stance.

All our comments were deleted.

Especially because it was confirming the answer on their stance.

As I didn’t think to take a screenshot of the comments before they were deleted (oh, sweet naive me), here is me reaching out to the person I knew who had commented on that post:

I then began clicking through all the recent posts to see what did get through.

I learned that they are pretty responsive on Instagram. They aren’t one of those companies that has a presence but never interact. In fact, they respond to almost every comment they get.

You know, unless it’s uplifting Black women in business, like in the comments of this post from June 1st when they asked users to share who inspires them:

But I guess they didn’t delete it so we should count that as a win? 🙄

Your Silence IS a Response

You know what’s funny? How conditioned we are to assume WE are the problem.

I was no different as I began debating with myself over this all.

Was I seeing this all wrong?
Maybe I put it in the wrong support ticket category?
Maybe they need more time to say something because they’re afraid to get it “wrong” like a lot of people right now?
It doesn’t seem like anyone else is leaving, is this one of those things you “settle” for and then focus your efforts on change somewhere else because nothing is going to be perfect?
What if I’m making this a big deal when it’s actually not?

It then hit me.

“Welcome to a small fraction of what it feels like to be Black in America. How does it feel?”

Wanting to be heard and instead, ignored.
Asking questions respectfully, and being dismissed.
Feeling the need to prove yourself for simply having a thought.
Watching companies rise and celebrate who give zero fucks about those who purchase from them.
Worried about judgement before you’ve even said a word.

It also meant that if I was going to stay in integrity with my beliefs, it was time to leave.

When You Know Better You Do Better.

To move a business of this size off a platform is an undertaking, to say the least.

However, thanks to the quote of “When you know better you do better,” by Maya Angelou, I believe in judging yourself based on what you do AFTER you learn of something, not before.

There was no way we weren’t going to move now that I knew what I knew.

And, back to point #1: The ability to vote with our dollars: When we earn more, we no longer need to compromise our personal morals for the sake of “the lowest rate.” Instead, you can easily support businesses who you want to see rise.

I gave us three months to fully complete the move.

At the time, I knew I wouldn’t publicly talk about this until we had moved everything out of Kartra. While I’m a small fish in their pond, I also don’t trust them so I didn’t want to risk sharing this and then being locked out of our account due to *a glitch*.

However, being the persistent person I am, I did try two other times to get a response, this time, responding to an email to affiliates:

At this point in the story, you know exactly what happened.

No acknowledgement or response to either.

As icing on the cake, I also learned that my VA had sent a tech request to them on 6/30/20 and they answered within less than 24 hours:

Looks like their support ticket system isn’t broken after all. 🤷🏻‍♀️

So, we continued our move behind the scenes (which was just completed last week, one month ahead of schedule!).

All while watching them continue to grow and people in Facebook groups continue to applaud themselves for signing up for their platform. And, recently, seeing them celebrate being on the 2020 Inc “Top 5000” List.

(⁣And, in case you were wondering… they were sure to respond to everyone on that post who congratulated them.)

“Welcome to a small fraction of what it feels like to be Black in America. How does it feel?”

Small Fish Have the Power of Influence Too. Use It.

While the move itself was decided quickly, the decision to share this story came with a lot of back and forth.

“Would this come off as catty? Or worse, performative?”
“Would anyone even care?”
“What does it matter when I’m such a small fish in the overall internet marketing pond?”

And on an extra bad day…

“People are just going to keep supporting businesses like this, why do I bother?”

The reality is that I ask myself this because this conversation is uncomfortable and I know people won’t agree with it. They will say business is business and to stop mixing them.

Except, for me, business IS personal because we are working with living breathing humans with beating hearts.

The belief in the power of ONE.

And for that person…

I see you.
I honor you.
Your voice and actions matter.
Please use both.

Because the only way we can make it so companies like Kartra stop using their influence for bad is to show up with ours for good.

P.S. If you’re curious as to what platforms we moved to, check out A Behind The Scenes Look Inside Our Tech Stack

NOTE: As a result of this experience, I have created “Companies Committed/Not Committed to Black Lives Matter for Online Business Owners” (will open a Google Spreadsheet, no opt-in required) to help those who want to look more into the tools they use as well. 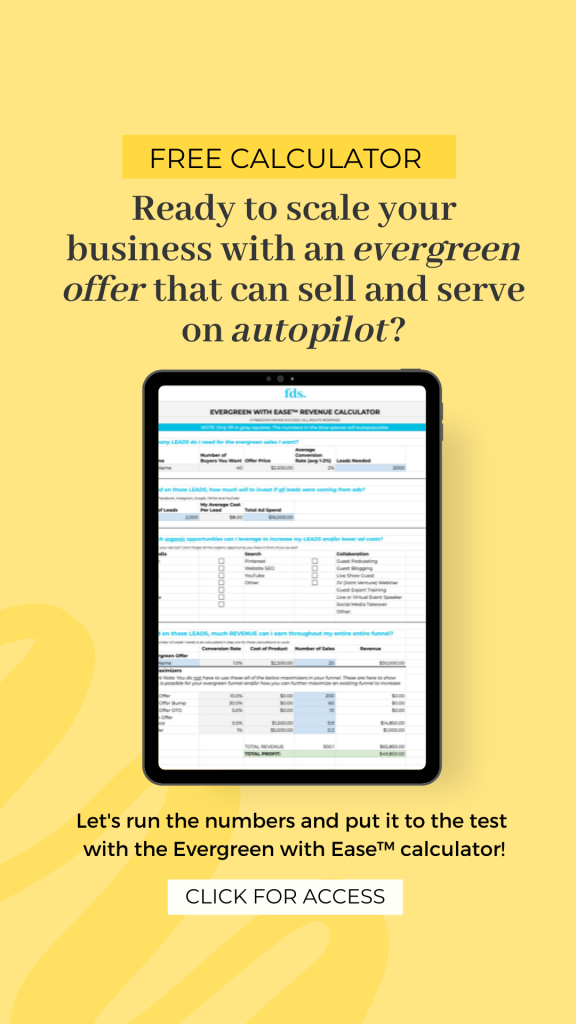 Looking for our Profit with Courses Shop?YES, TAKE ME THERE!